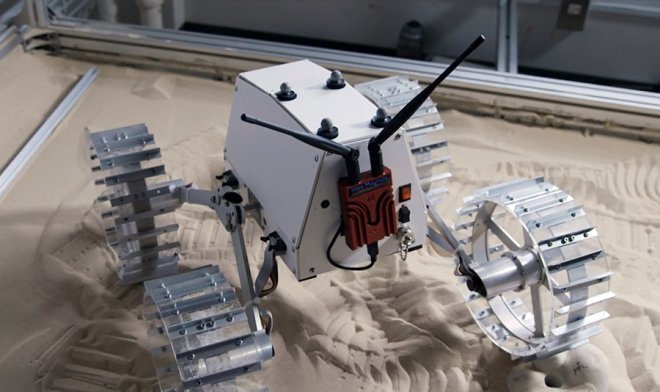 The organizers of the “lunar racing” Lunar XPRIZE summed up the subtotals, eliminating the finalists from ordinary participants. There are five of them – teams that are due until December 31, 2017 to send to the moon their rover, where he will participate in the race on the surface of the natural satellite of the Earth. The main prize will be 30 million dollars.

The contest conditions are simple: the team delivers the vehicle to the Moon, where it must overcome at least 500 meters and transfer the HD-video of its voyage back to Earth. How to do it, competing engineers can decide at their own discretion. Initially, the program involved 16 teams, now left the top five. This Israeli SpaceIL, American MoonExpress, TeamIndus from India, Japanese HAKUTO and the international team Synergy Moon.

The innovative lunar rover is not a dream, but rather a prosaic reality, contracts for the delivery of the device to the Moon have already been signed. Hindus and Japanese leased a place in the rocket of the Indian space research organization, their lunar rovers go to the target during the next launch of satellites into orbit. Americans cooperate with Rocket Lab and aimed at a whole series of lunar missions, the Israelis chose the SpaceX Falcon 9. And in Synergy Moon they will build their own missile – NEPTUNE 8.

The consolation prize for the retired participants was $ 62,500, for “contribution to the information and education program.” And the top five goes to the home stretch – before the triumph or fiasco they have less than a year left .