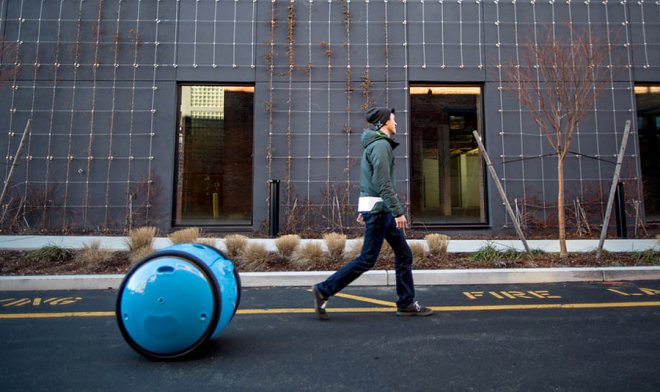 A well-known manufacturer of scooters Vespa – Italian concern Piaggio decided to try their hand at robotics, which resulted in the emergence of a self-balancing two-wheeled robot-carrier Gita, capable of carrying a cargo weighing up to 18 kg. At the same time he has one more important skill – to follow the user himself.

In form, Gita resembles a drum. Its diameter is 66 cm, while moving it has a zero turning radius and can accelerate to 35 km / h. However, following his master, he will stick to his speed of movement. 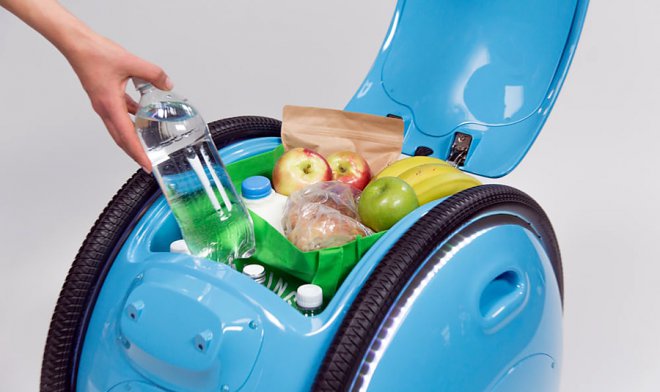 What is the secret of such obedient “behavior”? The thing is in a special white strap with a camera, which is worn by the owner of the robot. The control system is based on the technology of SLAM (Simultaneous Localization and Mapping). It forms a three-dimensional map of points, which is constructed as the robot moves along with the user.

“If you leave the field of view of the robot, say, turn around the corner,” explains one of the creators of the robot Sasha Hoffmann, “Gita will soon overtake you, because he sees your path.”

In addition, when a robot follows a user through a certain region using a valid 3D map, then he can go back to that path independently. The user can also create points on the route where the robot will stop in the case of a single trip.

The Gita cameras along with the ultrasonic rangefinder are also equipped with an obstacle warning system. One three-hour charge is enough for 8 hours of work with high-speed movement.

It is assumed that Gita will first be tested on business customers, after which, a year later, a version for the mass user will appear .